It would have sounded like excellent stuff to me in my 20s. Certainly, I was way into polyandry before I did something, what was it, oh yeah, grew up.

It's funny, because last time I checked "Oh, grow up" wasn't exactly the most rational, adult argument. I'm not even going to get into the infantalizing, paternalistic agism at that statement's heart.

Anyway, she goes on to say a number of really silly things, dismissing the book as having no value and, in places, using dripping sarcasm in place of analysis. She gives us flashes of her own ideological blinders, as in:

There isn't intimacy of any sort that I would recognize, either, because no one seems anything but busy, competent and shallow.

I read recently that the most refined pleasure is found in performing our duty, and for that reason alone, I suspect traditional marriage will survive the assaults of Block and her polyamorous comrades. One holds pity for those who succumb.

I also never really understood the sentiment about marriages as the "millennia-old institution upon which human civilization is built."

A) Our concept of marriage is quite new -- probably less than three hundred years, and by some metrics (equality within the marriage; the right for a woman to withhold consent to sex; property rights at dissolution) is only a generation old.

B) What about the other institutions by which our civilization was built: autocracy, serfdom, misogyny, racism, slaves, wars, genocide, ecological ravaging. Are they worth keeping around just because they're old?

Anyway, this kind of drive-by smear of sexually open relationships drives me nuts.
Posted by Marcus McCann at 9:37 AM

Okay, before I say anything else: you probably just noticed that the poem ends with a preposition. Some of you were probably taught that such constructions are no-nos. Ending with a preposition is awkward and inelegent, but not grammatically incorrect. It's no more incorrect than using a phrasal subject, like I did in the last sentence – the phrase “ending with a preposition” was the subject. Awkward, yes, grammatically incorrect, no. And one of poetry's athletic endeavors is to stretch gammar, to make us aware of it by bending the rules, or using them in ways that draw attention to themselves...

Each time I read the poem, I get sluggish toward the end, as if Bowling's getting a little too preachy, a little too pat. Isn't this going to wrap up neatly?, I think. But the thrilling conclusion slightly unbalances the plodding drive toward conclusion that preceeded it. It's precarious, perfect. What a clunker it would have been to end with “in which to vanish” instead!

At 43 lines and 250 words, Tim Bowling's “Old Barns” is quite a bit more dense than some of the poems I've discussed so far. It's got more than twice as many words as Karen Solie's “Dear Heart”; does that make it flabby or inefficient?

Just try truncating it. Here's a summary of the first fourteen lines:

The technical meaning remains, but the conversational tone (more on that in a minute) is gone. But what's most important in these lines, to my ear, is that the gentle image (of light as hay falling through the “galaxies”and where it has “settled in” the barn) is reproduced in the almost weightless line.

The winding roundabout-ness in the first stanza's conclusion is probably an authorial dodge to avoid using “home” twice in one stanza.

Still, “a living thing that knows where it belongs” is gorgeous and somehow – yes – gentle. Indeed, gentle seems to be the dominant mode of the poem, one that a tighter syntax would, I think, have strangled. Watch him string a metaphor over four full lines at the end of the second stanza:

A lesser poet would have finished with stanza three “I have often felt the urge to turn inside/ and watch the needles streaming down” but not Bowling. Like the chapter endings of the Hardy Boys books I read growing up, stanza three ends with a cliffhanger — “but I have rarely stopped” — left dangling by, and this is an odd choice, a colon. He quietly drives you over that final stanza break with a not-quite-full pause. And it means that, despite the fact that all four stanzas start with full sentences, the final one begins with a lower case letter. In addition to providing a little energy to the stanza break, it also makes that final thought somehow diminutive, less urgent, more spare:

But still the line shivers with meaning. He could be referring to family that's drifting apart. Or a much-loved-but-seldom-returned-to piece of art: a novel from adolescence, a favourite poem tucked away on a shelf, a painting in the Louvre. Why does that provoke guilt?

We're officially halfway through the year, so let's look back at some of the best poetry events Ottawa has seen in 2008. What was your favourite event of this little half year? What was your top five?

I think everyone's kind of, you know, postmodern about their sexuality: Sandra Bernhard.
Posted by Marcus McCann at 4:49 PM 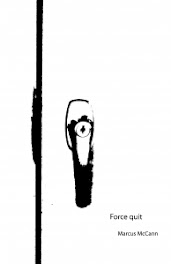 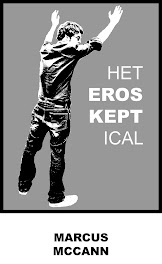